The diagram shows the consumption of renewable energy in the USA from 1949-2008.

Write a 150-word report for a university lecturer identifying the main trends and making comparisons where relevant.

Illustrated is a pictograph of mainstay sources of renewable power generation from 1949-2008 in the United States. Overall, it can be clearly seen that total consumption rose from approximately 3 quadrillion btu (3q) in 1949 to nearly 8q in 2008.

Hydroelectric and wood had been the main generators of energy throughout the period as they both stood at about 1.5q in 1949. In the mid 1950s water power began to rise significantly through the mid 1970s before falling and then fluctuating through the rest of the period ending at right around 2q. During this period hydro power experienced three significant dips in the late 70s, late 80s, and early 21st century.

Renewable energy from wood remained stagnate at 1.5q until it began to  rise in 1975 and peaked at just over 2q in the 1980s before a gradual fall to just below 2q in 2008. Biofuels and wind on the other hand did not appear until the 1980s and showed a slight upward trajectory through 2000. After this, in contrast to water and wood, both wind and biofuels began to dramatically rise with a particularly sharp growth in biofuels. Wood and biofuels finished the period at .5q and 1q, respectively, suggesting that they may replace hydroelectric and wood sources in the near future.

Task 2: Many university students live with their families while others live away from home because their universities are in different places. What are the advantages and disadvantages of both situations?

In today’s world many students must live abroad or away from home due to the location of tertiary institutions. Other learners live at home during their university tenure and the benefits and drawbacks for both sets of circumstances will be examined.

There are both positive and negative factors for university students living at home. To begin, those pupils that live at home have an advantage of a more stable family oriented life. This is experienced in the daily contact they have with their families and the stability they get living in an environment they are used to and comfortable in. The disadvantage of living at home may be missing out on learning to be independent and finding one’s own way in life. Additionally, these individuals might lack valuable experience of living away from home that other students pick up due to experiential circumstances of independent living.

On the other hand, there are also pros and cons of living abroad or away from home during one’s college years. Firstly, the benefits certainly include learning to be more independent and the ability to experience new things outside of one’s comfortable familiar surroundings. Students will likely form new relationships when they are in new quarters and this can have life altering effects. In regards to drawbacks, there are several starting with having to cook, clean and tend to all household duties that may not have been required before. Probably the most devastating disadvantage is coming across negative influences in terms of friends that lead others to excessive drinking or drug abuse.

All in all, there are both merits and demerits to living with one’s family or away from home while attending university and it is up to each individual to make the right choice that best fits their lifestyle. 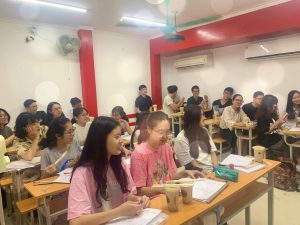